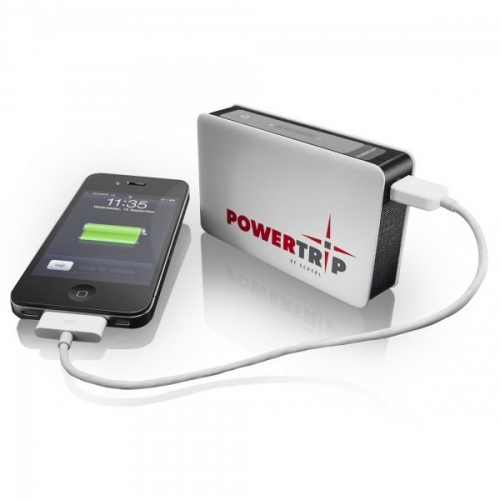 While attending the Microsoft MVP Summit, I was given a gift that I simple must write to you about. It is called the PowerTrip by PowerStick and it is the most terribly useful addition to my consulting bag in quite some time. This device will power and charge up a USB device from an internal battery. That battery can, in turn, be charged three ways : by USB, by power outlet, or by included solar cell. As if that was not enough, it has an included USB flash drive, mine has 8gb of internal storage. It can take an iPhone from zero to full five times on one charge, or extend the life of an iPad by 6 hours. Simply put, this device is incredible, and has taken the place of all those other USB chargers in my bag. One charger can cover all my devices, and serve as emergency power when I’m running low. Check it out if you’re even have the gadget fiend that I am.